THP-India Shines a Spotlight on Women 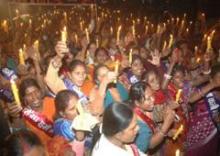