Courage to Connect: Highlights from Our 2019 Fall Event Weekend 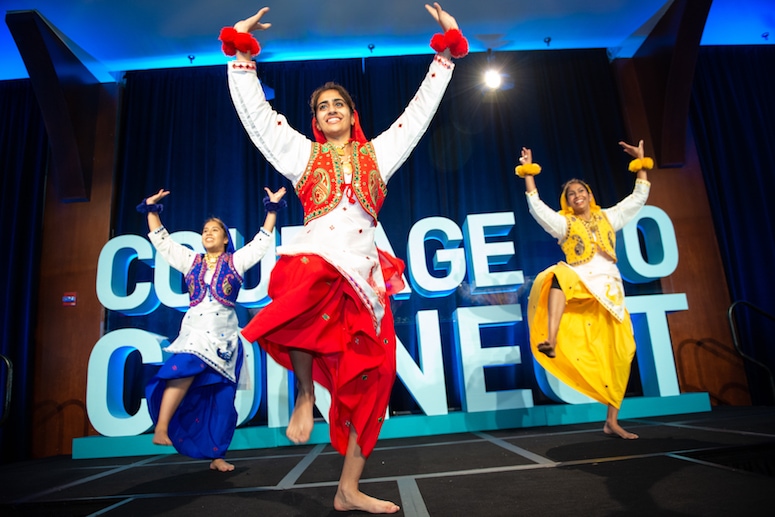 DURING OUR 2019 FALL EVENT WEEKEND, HUNGER PROJECT ACTIVISTS, INVESTORS AND STAFF JOINED TOGETHER AND MADE COURAGEOUS CONNECTIONS FOR A BETTER WORLD.

Courageous connection is a vulnerable exchange between people who are paying attention to one another. It has the power to deepen the moment, inspire change, build trust and transform the way we live. 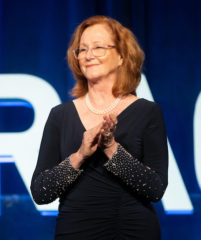 In her welcoming address, the evening of October 12 at Pier Sixty in New York City, Suzanne Mayo Frindt, President and CEO of The Hunger Project, welcomed activists, investors and staff from around to the world into a space of possibility and powerful connection.
“In a world where people are saying we can’t change things, we’ve learned that we can. To do that, at The Hunger Project we facilitate the empowerment of women, men and youth living in hunger and poverty — as their authentic partners, as they take on confronting and shifting limiting mindsets, and as they step up to challenge prevailing beliefs and conditions in order to make ending hunger possible for themselves.”

During the evening, we were honored to hear from two members of The Hunger Project team, joining us from Mexico and Malawi. Each speaker brought the strength of their passion directly to the audience, telling stories of our global brothers and sisters taking courageous action to end hunger and poverty in their communities.

Montse Salazar, the Country Director of The Hunger Project-Mexico, shed light on the tremendous courage required to make changes in a community with the story of a group of indigenous women in Chiapas who formed their own textile cooperative. Tired of facing price hikes and discrimination from local thread supply stores, Faustina, María, Margarita and Gilberta banded together and built their own store in their own community. Their new profit margin meant they could afford school supplies for their children and seeds for better crop yields, reinvesting in their community for women’s healthcare, for scholarships, and to hire a literacy teacher for the cooperative.

“In each community, indigenous women are setting their own vision for a future free from hunger. They are letting their vision transform them — finding their voices, learning whatever they need to learn, directing their resources toward the betterment of their communities.”

Rowlands Kaotcha, The Hunger Project’s Southern Africa Regional Director, shared the story of Robert, a master poacher from the Majete Wildlife Reserve in Malawi whose father started teaching him how to poach elephants and rhinos when he was just six years old. Despite being socially and culturally entrenched in his ways, Robert learned with the help of The Hunger Project that poaching was not a sustainable livelihood for him or his son and that to create a prosperous future for his family he needed to find a way to redirect his energy. Robert enrolled in a beekeeping program because he learned that bees help the forest thrive. He shared this new knowledge and helped his community see the game reserve as theirs, as a source of pride, and as a resource to be protected and not something to be destroyed. Today, around 65% of people in Robert’s community who were once poachers are now beekeepers! 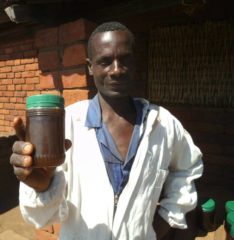 Robert and honey from his beekeeping

“Robert had the courage to lay down what was familiar and to learn something new — creating a new possibility — a new future. Thanks to Robert and others like him, the Majete Game Reserve has not had a single rhinoceros or elephant poached since 2004.”

As global citizens, making courageous connections in partnership for the end of hunger, we invited attendees to see what’s possible with participation in The Hunger Project. The world around us is ever evolving and The Hunger Project asks for your bold commitment to ensuring every woman, man and child leads a healthy, fulfilling life of self-reliance and dignity.

The event concluded with a call to invest by Suzanne Mayo Frindt and a dance performance by Bollywood Touch.

See photos of all our speakers in the Flickr album below, watch their speeches on YouTube and read their full remarks here.

More from the Weekend

On Friday, like-minded young professionals came together for a networking hour to dream up all the ways a community can make courageous connections and how unique gifts and talents are needed in the world today. Attendees participated in an interactive Q&A with our Country Director from THP-Mexico and heard from our Regional Director for Southern Africa.

And on Sunday, guests took their weekend experience to a deeper level by engaging in intimate “kitchen table” conversations about courage, connection, and commitment at our Celebration Lunch. Together, through facilitated conversations, we discovered how everyday courage can transform our lives.

Invest Now in the empowerment of women and men leading their own change. 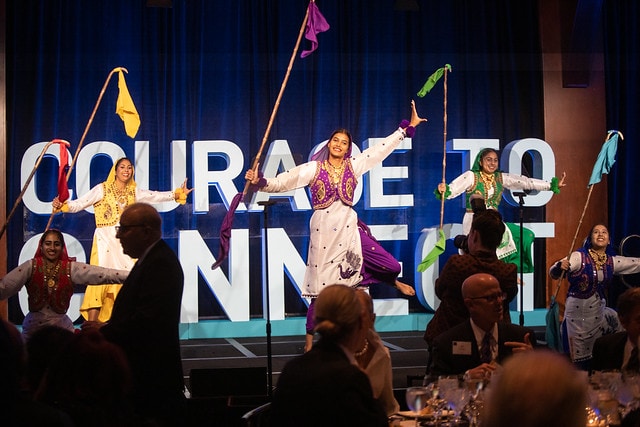