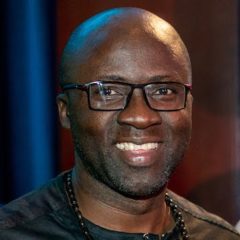 Mr. Rowlands Kaotcha is a Global Vice President and Director for Africa and Mexico, after having served as the Southern Africa Regional Director for The Hunger Project, Country Director in Malawi since 2004, and as dual Country Director of Malawi and Mozambique since October 2017. Recently, Rowlands led The Hunger Project’s expansion into Zambia and also serves as the Southern Africa coordinator for the Movement for Community-led Development.

Under his leadership, The Hunger Project-Malawi received its first nationally driven funding from Oxfam Novib in The Netherlands, a practice that has now grown to diversify THP-Malawi’s donor base. And as of June 2019, THP-Malawi had the biggest ever in-country secured grant among THP Program Countries in Africa. Mr. Kaotcha also regularly speaks to international audiences and has delivered fundraising and advocacy talks on behalf of The Hunger Project in Australia, Germany, The Netherlands, Sweden, Denmark, Switzerland, the United Kingdom and the United States. Mr Kaotcha has been successful in Resource Mobilization both nationally and Internationally, Country Programs Strategic Leadership, High Level Networking, and Institutional Development & Growth. As Country Director of Malawi and Mozambique, Rowlands provided leadership of Integrated Sustainable Livelihood programs focusing on food security, micro-finance, education, health & hygiene, HIV&AIDS, gender equality, access to safe drinking water, and environment & natural resource management.

Prior to joining The Hunger Project, Rowlands was Project Manager at United Purpose (formerly Concern Universal) for a Household Food Security Project, and earlier Assistant Seed Production Manager at a Private National Seed Company of Malawi.

Mr. Kaotcha earned a B.Sc. in Agriculture, an M.Sc. in Agronomy from the University of Malawi’s Bunda College of Agriculture, and an MBA from Eastern and Southern African Institute of Management in Tanzania.