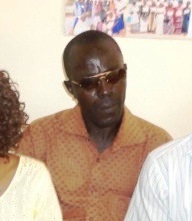 At a general meeting of the renewal of committees, the Management Committee of the Sanara Primary School in Senegal elected Mr. Saër Diop as Chairman of the epicenter’s Education Committee. As the manager responsible for monitoring and evaluation at the epicenter, he is very committed and a strong advocate of early childhood education.

Today, nearly all parents in The Hunger Project-Senegal’s epicenter communities believe that the establishment of the nursery school positively engages children for much of the day and also benefits the children’s nutrition significantly. Since the election of Saër to head the Education Committee in March 2011, his leadership and dynamic relations with students and teachers have greatly contributed to the success of the Sanara Kindergarten in particular.
At the pedagogical level, he encouraged the committee to use funds to organize a “Teaching Day” in April 2011 for teachers in the area to meet and exchange effective practices. He also organized a broader training workshop, which involved 16 teachers, on May 30, 2011. Saër has personally provided financial support to two school teachers at Sanara Primary School to aid in their preparation for a professional test for admission to CEAP and the CAP (professional certificates in Senegal).

Saër’s efforts have had an incredibly positive impact on student achievement at Sanara Primary School. The preparatory class (CP) of the school, which many of the primary school students of the epicenter attend, has the highest scores in the district. In his four months of management, Saër has mobilized all of the epicenter steering committees, inviting them to participate in the settlement of past unpaid invoices and also establish a sustainable system of paying the epicenter’s bills.

For the upcoming school year, the committee is considering rolling out a large campaign for better school attendance by children from surrounding communities as well. For this reason, it plans to find a suitable transport system to ensure that children from other villages have easy access to their school.