Making the Vision Real: Highlights from our Annual Fall Gala

“This is not only about hunger. This is about sustainable social change,” said The Hunger Project’s (THP’s) President & CEO Mary Ellen McNish during her keynote address at THP’s Annual Fall Gala on Saturday, October 13 under the theme: Making the Vision Real. Mary Ellen invited the 500+ members of the audience – from more than 20 countries around the world – to “step forward with each and every woman and man in every part of the world – women and men who are working together to take on age-old inequity so that their villages and families can build lives with dignity.” The evening featured four speakers who are on the frontlines of ending hunger and working to implement THP’s strategies in our program countries. Each of these frontline heroes was, as THP Executive Director John Coonrod noted in his welcoming remarks, “introduced by another hero – a Hunger Project champion and investor – an individual like each of us in this room who stands in full solidarity and partnership with those on the front lines.” Our first speaker, Sarmi Bai, an elected woman leader from India, was introduced by U.S. Ambassador-at-Large for Global Women’s Issues Melanne Verveer, who stated that she was especially grateful to The Hunger Project for our leadership on women and girls. 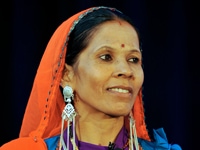 Sarmi shared: “When I was a little girl, I was filled with questions, but there was no one who could answer them. Why were there no schools just for girls? Why were men the only ones who were leaders? I decided then that I would become a leader myself and find the answers.” She went on to explain how she was elected to her village council and worked to educate girls, provide pensions for widows and ensure income for day laborers. Sarmi closed, “There is more to be done to achieve our mission, but if you are with me, we can make anything possible. We are all one!” THP investor and co-author of Power of Half, Hannah Salwen, then introduced nurse practitioner Esther Nawatti, who sent a video message from Wakiso Epicenter in Uganda. Esther shared how she cares for and advises pregnant women, helping to reduce maternal mortality and infant mortality in the epicenter area. “What motivates me to even work harder,” she said, “is that I save lives of people in the community including children, pregnant mothers, elderly women and men.” Watch the video. Long-time Swedish THP investor Tove Jensen introduced Isaac Olesu-Adjei of THP-Ghana, who shared how his work as Partnership Building and Resource Mobilization Officer leverages opportunities to extend the reach of THP’s approach. He explained that through partnerships with the local government district assemblies, the proportion of epicenters with both water and electricity increased from 21 per cent to 42 per cent which has made it possible to deliver essential services to the rural communities where we work. Isaac noted that “THP’s Epicenter Strategy is fast gaining recognition as an effective community development approach.” He continued, “This has enormous potential to strengthen country-led strategies to end hunger and poverty and ladies and gentlemen, I am committed to advocating the integration of our epicenter approach into national and district plans.” 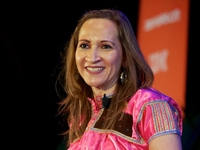 Kristin Walter, Founder and Executive Director of THP’s partner organization FeelGood, introduced Lorena Vazquez Ordaz, Country Director of THP-Mexico. Lorena spoke about how THP works to influence national policy so that rural and indigenous women can achieve dignity and self-reliance. She explained how honored she was to be selected to sit on the advisory councils for the government’s social development ministry, for the commission that fosters NGO activities and for the InterAmerican Development Bank, as well as to be asked to be the voice representing the coalition of international NGOs demanding that food security and nutrition be priorities in the national agenda. Lorena closed by saying, “this is only the beginning.” The evening closed with an invitation to invest in The Hunger Project’s work worldwide by Sheree Stomberg, THP Global Board Member and Head of Citi Shared Services. The event raised well over $1 million for the end of hunger and poverty! The Hunger Project was honored that this year’s event was supported by the following sponsors: 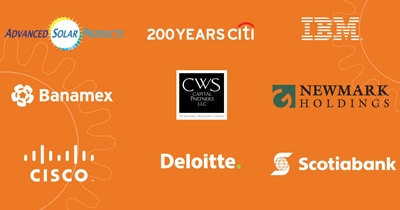 Symposium: The New Landscape for Ending Hunger and Poverty 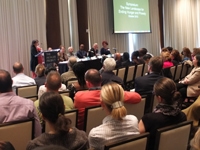 The weekend also included a Saturday afternoon symposium that gave interested investors and friends the unique opportunity to interact directly with development experts from around the world. Dr. Nuné Mangasaryan, Senior Advisory for Infant and Young Nutrition at UNICEF, shared why nutrition interventions during the 1,000 days between the start of a woman’s pregnancy and her child’s second birthday is critical. THP staff Badiul Alam Majumdar, Vice President and Country Director of THP-Bangladesh, and Pascal Djohossou, Country Director of THP-Benin, discussed the high leverage role that THP can play. Sam Worthington, President of InterAction, addressed the trend in the international community toward supporting development strategies that are led by countries themselves. And THP staff Rita Sarin, Vice President and Country Director of THP-India, and Daisy Owomugasho, Country Director of THP-Uganda, shared how THP is leveraging this opportunity in their countries. The speakers also addressed the highly anticipated 2015 Millennium Development Goal deadline, encouraged the audience to engage with data and wisdom learned from the last several years, and put forth promising projections for the future of development. The event was chaired by THP Executive Vice President John Coonrod and moderated by Country Director of THP-Netherlands Evelijne Bruning.