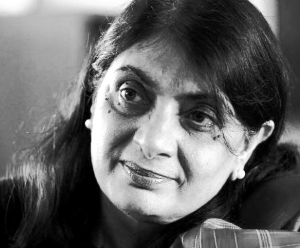 A sociology lecturer turned grassroots activist, Rita joined the ranks of women’s rights movement in India in the early 1980s. Rita was part of the team which set up India’s first women’s non-governmental organization, the Centre for Women and Development Studies. This phase in her life gave her an opportunity to work closely with women and their communities in the villages of North India where she moiled through issues of gender equity, local governance, and development. In 2001, she joined THP-India where she has committed her life to ignite and sustain the leadership spirit of elected women at the grassroots level in India. Under her leadership, THP-India has enabled spaces that promote the active participation of women in local governance. Prior to joining THP, Rita served as a National Program Advisor for the Swedish International Development Agency (SIDA).

Rita holds an M.Phil in Sociology from the University of Chandigarh and a post-M.Phil in Development Policies from the University of Nottingham, UK. Over the last 35 years, she has led and mentored more than 100 organizations implementing strategies to empower women in local democracy. She has been recognized for her commendable work in forging pathways that put issues of social and gender justice at the center of policy-making. She is a recipient of several awards: ’25 Women of Excellence’ by the FICCI; ‘Women Leadership Achievement Award’, ‘Women of Pure Strength’ by Vodafone Foundation; ‘Iconic leader in nurturing culture and ecosystem for relevant innovation in developing countries’; ‘Phenomenal She’ by the Indian National Bar Association; and more recently, the ‘Devi Award’ by the New Indian Express.