Gaining Perspective through Live Below the Line 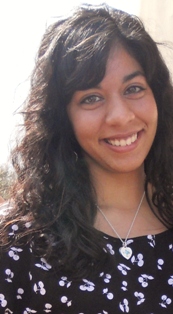 From April 28-May 2, The Hunger Project staff and over 220 Live Below the Line champions spent $1.50 a day on food and beverage for five days to change the way people think about extreme poverty – all while supporting our work in villages worldwide.

Shivani Chatterjee, one of The Hunger Project’s Live Below the Line champions, is a young professional in Washington D.C. who is passionate about empowering marginalized and disadvantaged groups of people–particularly women. She believes that education is the best tool to address many social problems that prevent people from reaching their full potential. She’s a real music lover and likes to stay active through running, dancing and yoga. Below she shares her Live Below the Line experience:

“Unlike most people these days, I’m not one to take pictures of my food. However, I just had to capture this moment—never before had I been so grateful for a sandwich. It was 12:10 AM, technically Saturday morning, and I had just finished living below the line of extreme poverty for five days.

My meals had been mostly rice, beans, boiled lentils and some spaghetti, with bananas to soften the hunger between lunch and dinner.

Because I was unable to secure my normal level of comfort and satisfaction from food, I turned to other comforts in my life to help me push through the hunger. At work, I drank copious amounts of water to keep myself feeling full and hydrated. Between dinner and bedtime, I would take a hot shower and feel refreshed afterward. Instead of exercising or being social, I would spend the evening reading in bed and going to sleep early so that I would have energy for work the next day.

I was able to change these other habits to compensate for my dramatic decrease in food and nutrition, but the people I was empathizing with—the 1.2 billion people living on $1.50 a day—they can’t do that. They can’t turn on a faucet and drink as much water as they need to keep their stomachs feeling full. Nor can they turn on a shower and have hot water whenever they need to recharge their bodies. Their beds are probably not as comfortable as my mattress, and I doubt they have the luxury of skipping out on strenuous chores in favor of more sleep. So despite eating on $1.50 a day, I felt blessed. I felt blessed after I ate the food I had allotted myself, and I felt blessed for the other creature comforts that were in my life.

For me, the Live Below the Line challenge was not just about raising money, but also about gaining perspective. This is why The Hunger Project’s video overview really struck a chord in me. The woman’s narrative spoke of having to spend hours collecting water from a stream and hauling it uphill back to her village until her community partnered with The Hunger Project to install one pump that was shared among them. In the United States, even the poorest citizens have some kind of access to running water and might consider it a downgrade to draw water from a pump. For this woman’s village however, a communal water pump was a life-changing upgrade. I thought of this throughout the challenge, and I felt very happy to think that the money I raised would support similar miracles in other villages.

My goal was to raise $200 for The Hunger Project, and frankly I thought that this target was ambitious. As of today, I am thrilled and overwhelmed by the fact that I have raised $460! By enduring some hardship for five days, I was able to raise enough money to change the lives of people in a lasting and sustainable way. It was definitely worth it. I can’t wait to hear what The Hunger Project does with these funds.”

Live Below the Line funds will support The Hunger Project’s work to break the cycle of hunger and poverty. We believe hungry people themselves are the key to ending hunger. In partnership, we unleash their vision, commitment and leadership so they can feed their families and their villages.

Feeling Inspired? Join Live Below the Line! The campaign runs until June 15. Find Out How: