Safe Schools for Girls: A Strategy to Ensure Girls’ Access to Education 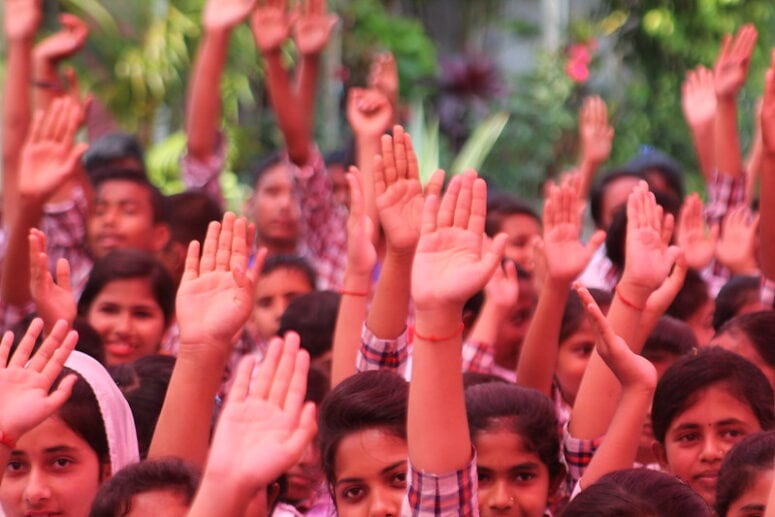 The Hunger Project-Bangladesh has been implementing the “Safe Schools for Girls” campaign in partnership with Independent Television Service, a United States Agency for International Development-funded organization. The campaign’s objectives are to increase girls’ attendance in school, reduce dropouts, improve the quality of education available to girls and promote additional opportunities for girls in and out of school.

Child marriage remains widespread in Bangladesh, with 67% of girls married before the age of 18, according to UNICEF. Child marriage is rooted in cultural and religious traditions, gender inequality and cycles of poverty. Child marriage denies girls their basic human rights and puts their lives in great danger. Marrying at a young age is detrimental to girls’ health and wellbeing, restricts access to education and income-earning opportunities and often results in social isolation.

Health risks resulting from child marriage include teen pregnancy (0.2 million married, adolescent girls give birth each year), maternal mortality (a leading cause of death for girls age 15-19) and an increased risk of sexually transmitted infections (STIs). Sexual relations with minors who are married are often authorized by society, despite existing legislation that penalizes sex with minors.

In March 2015, a special component of the Safe Schools campaign was launched in the region of Gangachara to promote the prevention of early marriage. Students, teachers, parents, and local representatives participate in screenings of special films to raise awareness to the danger of child marriage, and the rights of girl children.

Following the screening, participants are encouraged to identify problems within their communities, and brainstorm ways to prevent child marriage and ensure girls are attending school.

At the end of the year, all participating schools were evaluated and awarded based on their performance in five areas:

Throughout the fall of 2015, 46 out of the 49 secondary schools and other educational institutions in the region participated in the campaign for safe schools, including through initiatives such as the one featured above, an official box for girls to register their complaints regarding safety, cleanliness, and learning environment in an anonymous way.

USAID representatives visited the project recently, and remarked that it is one of the better programs they have seen for increasing girls’ attendance in school, reducing dropouts, halting child marriage, and reducing sexual harassment against girls.

The Hunger Project-Bangladesh is committed to continue implementing the program, and emphasizes the importance of hosting film screenings and dialogues to engage with community members around issues of women’s and girl’s empowerment.

Our work in Bangladesh