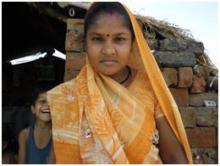 In the Parwa Panchayat of the Harda District in Madhya Pradesh, a locally organized political body, Sanjha Manch, from THP-India has managed what previous panchayat bodies have failed to do: it was instrumental in the removal of illegal encroachment on panchayat land designated for performing last rites of the dead.

For years residents were forced to cremate their deceased relatives in an isolated patch of land far from the village or in the neighboring panchayats. In the first Gram Sabha (village assembly) after the Sanjha Manch was formed, the issue of not having such a designated land in Parwa was raised by Sanjha Manch members. All Gram Sabha members present supported this cause. Sarpanch of the Panchayat, Sangeeta Naik had already discussed this in the panchayat meeting in which all members had unanimously passed a resolution.

The idea of raising it in the Gram Sabha was to discuss this in a larger group and designate a land for it. The only available land was under the illegal possession of one Haribhajan, a powerful person in the Panchayat. Several Gram Sabha members were unwilling to speak to the encroacher and advised the Sarpanch to look for other land. However, since the decision had already been taken and a Gram Sabha resolution was passed with majority of votes, Sangeeta decided to go ahead and press the Haribhajan. Her fellow Manch members assured her of their support in this campaign.

According to a pre-planned strategy, at first, an official notice was given to Haribhajan from the Panchayat and he was asked to remove his things from the land within a stipulated time period. When he failed to do so, a complaint was lodged in the offices of Sub-Divisional Magistrate and Janpad Panchayat. Haribhajan lodged a police complaint against Sangeeta accusing her of trying to usurp his ‘ancestral land.’ He also began threatening people supporting her.

Around the same time, a young child died in the village and his family members took his dead body to the land designated for burial. Haribhajan scared the bereaved family and kicked them off the land. When the family, after performing last rites of the child elsewhere, came and informed the Sarpanch about this, all Sanjha Manch members, and some community members signed on a letter informing the collector about this incident.

Sunita, a Sanjha Manch member, says, “We were tired of waiting. Block administration was not taking any steps. We hoped that with this letter the district administration would finally wake up and take action.” And Sunita was right.

Under instructions from the Collector, all encroachments were removed in the presence of Sub-Divisional Magistrate and the police. On protesting against the Collector’s dictate, Haribhajan was jailed for seven days. The community at large was both amazed and happy at this victory of the Sanjha Manch. For the members, it was a time to celebrate their collective strength and congratulate each other for sticking together in this intense and difficult battle. For the community it is a blessing to now have the land rightfully dedicated for burial.