From Laborer to Project Officer, New Opportunities with THP-Ethiopia 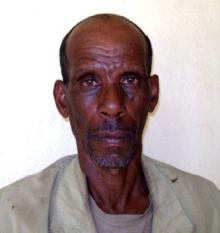 Geletea Gonfa was born in the Jaldu woreda (neighborhood) in Ethiopia, where he spent much of his childhood in herding cattle. Starting school at the age of 11, Geletea was a diligent student, reaching 11th grade before being conscripted to the army where he spent the next 15 years traveling. Due to his high level of schooling, Geletea was placed in a coveted clerical position in the army which kept him away from the combat.

After the fall of the Derg in 1991, Geletea returned to his home village in Jaldu. With no income to sustain his family in the unstable political climate, Geletea saw his family separate to make ends meet. His wife took a job as a housemaid in a neighboring village, and his son was sent away to live with family friends in a more secure situation outside of Jaldu. Geletea initially worked as a day laborer to raise funds to reunite his family. After his wife and son were able to return to Jaldu, Geletea sought steady employment to continue to support his family and found work with The Hunger Project (THP)-Ethiopia when the Jaldu Epicenter was constructed in 2005.

Geletea was initially hired as security guard at the Jaldu Epicenter. Due to his commitment to the community and involvement in the epicenter’s programming, he was elected as a member of the epicenter committee, serving as Treasurer. In the absence of a local project officer, THP-Ethiopia called upon Geletea in 2009 to assist with epicenter program coordination.

Since then Geletea has gone above and beyond, acting as the stand-in epicenter Project Officer. Not only has he taken on the responsibility of submitting reporting data on the center’s activities to THP-Ethiopia’s main office, he has also devoted himself to engaging the community by publicizing epicenter workshops, urging the community members to participate in farming activities, and developing working relationships with government officials and other THP offices to improve the activities and reporting of the epicenter. Empowered and informed by the many Vision, Commitment and Action Workshops (VCAWs) he has attended, Geletea’s strength of character and well-developed communication skills have made him a leader in his community and a crucial contributor to THP-Ethiopia operations.

THP-Ethiopia is proud to have partners, like Geletea, who have emerged with leadership qualities and are motivated to work at increasing empowerment and self-sufficiency of the community.