1 in 3 people don’t have access to adequate food. Young leaders are the solution. This World Hunger Day, we’re elevating their voices.

World Hunger Day, May 28, addresses the urgent need to raise awareness of the dramatic rise in hunger in recent years. Following almost a decade of positive progress, the impact of COVID-19, climate change and global conflicts like the invasion of Ukraine have driven hundreds of millions of people into food insecurity and poverty, leaving 1 in 3 people around the world without access to adequate food — that’s nearly 2.4 billion of your neighbors.

This year, World Hunger Day calls special attention to the role of youth at the intersection of climate and conflict. Youth have been at the forefront of these movements and it’s imperative that their voices are amplified and embraced as an integral part of catalyzing positive change. Their leadership is key to creating more inclusive, sustainable outcomes in all of our communities.

Photo above for The Hunger Project, Bangladesh 2021 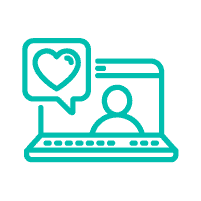 On May 27 at 9:30am ET, join Sadia in conversation with Head of Programs, Irene Naikaali on Instagram Live.

Young people like Sadia Maliha, a college student engaged with our Youth Ending Hunger program in Bangladesh, are spearheading climate change resilience and awareness globally. Sadia is co-founder of Earth Care, winner of COP26’s Challenge Fund and was one of our featured speakers during the UN Commission on the Status of Women and Skoll World Forum Ecosystem Day this year.

“I want to continue to learn what I can do for my community and get them to the topic of climate change. I want to teach them about the devastating impact of climate change and help them take steps towards a better future.”

INVEST IN THE END OF HUNGER.

Nearly 1.6 billion people are between the ages of 10 and 24, making up 24% of the global population. This ever growing population of young people is particularly vulnerable during a hunger crisis. Malnourishment, stunting, starvation and struggling to achieve major life milestones in the face of climate change, violent conflict and food insecurity  — this reality creates entire generations of individuals who are born into disadvantage and face a steeper climb to self-reliance than their parents. Yet, with enormous challenges come enormous possibilities.

Youth are leading the grassroots movement towards mitigating the impact of climate change and conflict by generating innovative solutions. Because the end of hunger can’t happen in the absence of peace and peace can’t happen without economic and social prosperity.

Ending Stigma and Violence for Girls

Christine is a volunteer leader in Uganda, who participated in a hike to Karangura Peak with the Girls Not Brides network to break the stigma around menstrual health for women and girls.

“As I hiked, I could not stop thinking about the plight of the Nyarukamba girls who trek this journey every day back and forth to school, despite having no access to sanitary pads. They never miss school. The realization has motivated me to rally behind our communities as they demand favorable policies that support women and girls to meet their basic needs, including access to better sexual and reproductive health and services to break the stigma of menstruation.”

HOW MUCH DO YOU KNOW ABOUT HUNGER?

We see the power of young voices in our programs around the world. In addition to individual young leaders like Christine, collective programs like our Youth Ending Hunger program in Bangladesh, for example, spark change at an exponential scale. The program sees an average of 5,000 new young people joining the movement every year! The increasingly powerful social and environmental activism of this collective action has the power to transform societies and it is our collective responsibility to elevate young voices.

We, as a global community, must act in the interest of current and future generations. This World Hunger Day, take action to amplify the voices of local solutions and local leaders — especially young leaders — and together we can build resilient, sustainable communities free from hunger.

By sharing and investing on World Hunger Day, you join Hunger Project partners and millions of people who are agents of their own development. You partner with local leaders who have reached across political and cultural boundaries in meaningful ways to generate peace and lasting solutions to hunger and poverty in their communities.

What you can do.

Move to End Hunger! Join the challenge today and bike, run or walk your way to raising $50k for young leaders ending hunger!

Share the message. Tell your friends, family and colleagues about World Hunger Day.

Invest in the sustainable end of hunger.

Why is world hunger getting worse?

For decades we saw positive declines in the number of people experiencing hunger. Until now. World leaders have begun to acknowledge world hunger’s position at a nexus of universal challenges: gender inequity, climate change, lack of access to education, child marriage and other inequities contribute to chronic hunger. Sustainably ending hunger has meant creating holistic, inclusive strategies to address a wide range of social, economic and political issues.

Recent environmental and political crises have made the pathway towards Sustainable Development Goal 2: Zero Hunger even steeper than it once was. Large scale, intensive agriculture depletes the earth, makes the global food supply vulnerable in crisis — as we are seeing now with the invasion of Ukraine — and ignores the millions of small-scale local farmers who produce the majority of food in developing countries. This is a deeply worrying reality that has put the most vulnerable countries and the youngest within them at the greatest risk.

Large scale agriculture depletes the earth, making the global food supply vulnerable during a crisis.  As we are seeing now with the invasion of Ukraine, it ignores the millions of small-scale local farmers who produce the majority of food in developing countries.

According to the WFP, 42 million people are teetering on the edge of famine across 43 countries; new conflict or a climate change event could push them over the edge. Tackling climate change and conflict requires concerted coordinated government action as well as conscious and informed efforts by individuals.

Why is community-led development important in creating a sustainable solution to hunger?

Individual and community ownership of local development goals are critical for lasting change. Actions are most successful if decisions are made close to the people. This requires effective national and local government working in partnership with the people. Building self-reliance and resilience at a community level is key to ending hunger.

What is The Hunger Project approach?

Ending hunger is not about handouts. Since 1977, The Hunger Project has demonstrated success with sustainable, gender-focused strategies that are led by communities. We prioritize three critical elements that, when combined, equip people with the agency and power to make significant progress in overcoming hunger:

Join us this World Hunger Day and take action to end hunger. Learn more at worldhungerday.org.

Thank you to our powerful partners.