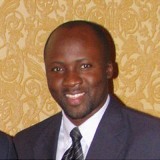 The Center for Health and Gender Equity (CHANGE) has brought our Malawi Country Director Rowlands Koatcha to Washington, D.C. to meet with Senators and advocate for women’s reproductive rights. THP-DC will also host Rowlands at a presentation at InterAction tomorrow to brief members of the development community on the epicenter strategy in Malawi.

The 2012 State of Food Insecurity (SOFI) Report has been released in the run-up to World Food Day and the annual meeting of the Committee on Food Security. SOFI is the definitive source for numbers related to world hunger.

The report states: “nearly 870 million people, or one in eight, were suffering from chronic undernourishment in 2010-2012. The global number of hungry people declined by 132 million between 1990-92 and 2010-12, or from 18.6 percent to 12.5 percent of the world’s population, and from 23.2 percent to 14.9 percent in developing countries – putting the MDG target within reach if adequate, appropriate actions are taken.”

Gordon Brown, the former British Prime Minister recently named as the UN Secretary-General’s special envoy on education, has just released a new report in the run-up to the UN’s first International Day of the Girl: “Out of wedlock, into school: combating child marriage through education.”

Brown writes, “Early marriage is a hidden crisis. Because the victims are overwhelmingly young, poor and female, their voices are seldom heard by governments. Their concerns do not register on the agendas of global summits. But early marriage is destroying human potential and reinforcing gender inequalities on a global scale. It jeopardizes education, is harmful to health and turns millions of girls into second class citizens, locking them and their children into cycles of poverty. Getting girls into school, keeping them there, and ensuring that they receive a decent quality education is one of the most effective ways of breaking that cycle.”

The report calls for a global summit on the issue before the end of 2012, national strategies including national dialogues for changing attitudes, “tipping point” policies to ensure girls make it through the critical years of 13-14 without dropping out, and reform of the international aid architecture in education.

FIRST EVER INTERNATIONAL DAY OF THE GIRL ON THURSDAY, OCTOBER 11
Join The Hunger Project in the first International Day of the Girl on October 11, 2012. We are thrilled with the United Nations’ recognition of this important day to raise awareness about the rights of girl children so we can put an end to the discrimination that leads to girls eating last and least, being forced into early marriage and dropping out of school.

When girls have the opportunity to be educated and healthy, society as a whole benefits. Together, let’s support girls in reaching their potential and growing into powerful leaders who will create a new future for their families, communities, countries and our world. Facts, resources, videos, and what YOU can do to get involved at www.thp.org/day-of-the-girl-2012.

A NEW WORLD FOOD DAY ON TUESDAY, OCTOBER 16
Several organizations, including The Hunger Project, have joined together and undertaken efforts to make this year’s World Food Day more wide reaching and collaborative than ever before! In light of 2012 being the International Year of Cooperatives, this year’s World Food Day theme is: Agricultural Cooperatives – The key to feeding the world.

Learn more about how you can take part in World Food Day and let us know if you’re planning an event!

New Publications: Get Your Infographics Here!

October 17 – International Day for the Eradication of Poverty