Orange the World: 16 Days Of Activism Against Gender-based Violence 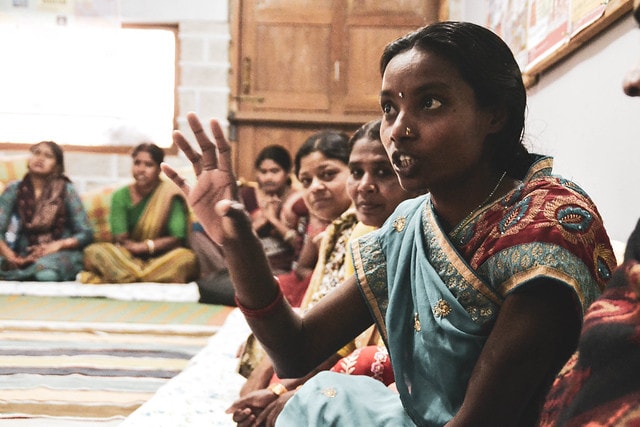 November 25, the International Day for the Elimination of Violence against Women, marks the start of 16 Days of Activism against Gender-Based Violence. The 16-day-long global campaign, ending December 10 on Human Rights Day, is a time to galvanize action to end violence against women and girls around the world. Every year, The Hunger Project joins this global movement to shine a spotlight on the issue of gender-based violence, while promoting the empowerment of women and girls everywhere.

The 2019 campaign theme is “Orange the World: Generation Equality Stands against Rape!”

Rape culture is alive and well throughout the world, and while the #MeToo, #TimesUp, #Niunamenos, #NotOneMore, #BalanceTonPorc movements are helping to lessen the fear of speaking out against abuse, the subtle more pervasive influences exist, feeding the devastating statistics around rape and violence against women.

In much of the world, this sexual violence is normalized within socially-accepted practices around child marriage. Millions of young girls each year are forced into marriages and, subsequently, motherhood at ages much too young to consent to either. It’s a cycle that perpetuates not only inequity and abuse, but significant malnourishment for both mother and child.

Under the UN Women’s Generation Equality campaign, the UN Secretary-General’s campaign UNiTE by 2030 to End Violence against Women is calling us to take a stand. By questioning prevailing attitudes and dismantling discriminatory laws, we can empower women to share their stories and stand up for their right to a violence-free life.

To create the space of empowerment, The Hunger Project practices strategies that end gender discrimination, promote equality and place an emphasis on the education and empowerment of girls — a proven method of reducing child marriage. One such example is our work with Her Choice — a global coalition of organizations working to end child marriage in 11 countries around the world. As a coalition, we are creating child marriage-free communities in which girls and young women are free to decide if, when and whom to marry.

Stand with us to promote strategies that activate local leadership to create an environment in which child marriage is not tolerated. Stand with us to advocate for research, learning and programs that prioritize the equality and safety of women. Stand with us to end violence against women.

From November 25 through December 10, lend your voice to the global movement! Let the world known that you are aware of victims of abuse and that you stand with them. Join the conversation online with #16days, #orangetheworld and #generationequality.