New WHO Report Says Uganda Maternal Mortality Rates Down, Still Work to Do 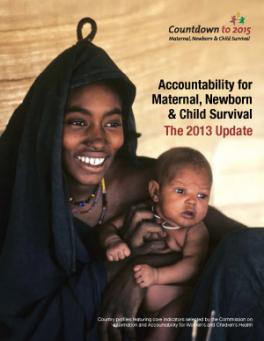 According to a recent report from the World Health Organization, maternal deaths in Uganda have been reducing at a rate of 5.1% every year over the last ten years. The United Nations Millennium Development Goals for 2015 have called for the improvement of maternal health, specifically by reducing the maternal mortality ratio by three quarters and, though maternal mortality rates the world over have nearly halved since 1990, mortality rates are still 15 times higher in developing regions, such as Uganda, than in developed nations.

About 800 women die every day due to complications of pregnancy and childbirth. The new WHO report, titled “Countdown to 2015: maternal, newborn, and child survival,” was released at the Women Deliver global conference in Malaysia June 2013. Over 5,000 representatives from international development agencies, government offices, NGOs, academic circles and media outlets attended the conference to identify the best opportunities to improve maternal health and access to reproductive health and rights.

The report says that, while maternal and child mortality has been steadily dropping over the past two decades, some countries, particularly in Sub-Saharan Africa, have had slower progress. “These countries must be prioritized for collective global, regional, and national action,” the report said. “Improving newborn survival, including reducing stillbirths, must be a major focus of policies and programs.”

The Hunger Project supports maternal health by increasing awareness of and access to prenatal care. In 2010, over 14,000 women accessed antenatal care services at Hunger Project epicenters in Africa under the care of government-sponsored health specialists. Among these professionals are nurse practitioners like Esther Nawatti who advises and cares for pregnant women at the Wakiso Epicenter in Uganda. “What motivates me to work even harder,” she has said, “is that I save the lives of people in the community including children pregnant mothers elderly women and men.”

Improving maternal nutrition and addressing the critical need for family planning are just some steps that can be taken to meet the United Nation’s goal of reducing maternal deaths by 75% by 2015 and Uganda’s 5.1% decline in maternal mortality is an important step on this road to prosperity and a world of nations that are successfully lifting themselves out of poverty.