On March 8, The Hunger Project, together with billions of people around the world, celebrated International Women’s Day. The theme this year was “Planet 50/50: Step it Up for Gender Equality.”

This year’s International Women’s Day was celebrated on the heels of the historic Sustainable Development Goals adopted in September of 2015, with Goal 5 specifically aiming to achieve gender equality and to empower women and girls.

Here are some highlights from our teams in Mexico, Bangladesh and India.

In the state of San Luis Potosi, twenty community partners participated in the first International Women´s Day march ever held in the municipality of Tampamolón Corona. “It is the first time that we participate in a public event celebrating International Women’s Day and we are happy to see our voice being taken into account” some of the participants said of the two-hour march. After the march, a public discourse took place in which The Hunger Project-Mexico partner Ernulda Martínez read a statement on behalf of The Hunger Project urging women to be leaders and to combat gender inequality in
order to eradicate hunger by 2030. Read the full story here (in Spanish) 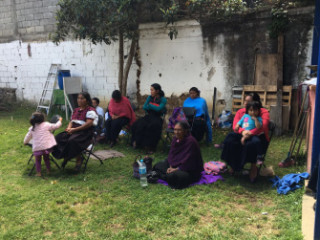 The J´Pas Joloviletik cooperative held their end of the year meeting at The Hunger Project-Mexico office in San Cristóbal de las Casas, Chiapas. It was an important occasion for the community partners to reflect on what it means to be a Co-op member with a voice and a vote and what it means to be a female leader with an income. 10 partners attended the meeting, representing a total of 108 members of the Cooperative. 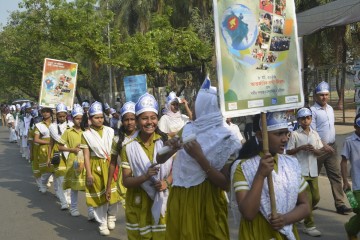 The rally organized by the National Girl Child Advocacy Forum

The Hunger Project-Bangladesh helped organize a rally in Dhaka as a part of the National Girl Child Advocacy Forum. A total of 1450 people and 45 Non-Governmental Organizations took part in the rally, calling for an end to violence against women and a more gender-inclusive election process.

After the march, a discussion was held in which civil society leaders and public officials took part. The Hunger Project-Bangladesh Deputy Director and NGCAF Secretary Nasima Akhter Jolly held the opening remarks, and State Minister for Women and Children Affairs Meher Afroj Chumki was the chief guest, speaking about the need to protect children from early marriage and dropping out of school. 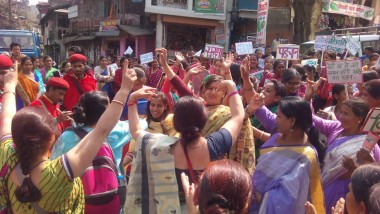 The Hunger Project-India joined the Mahila Adhikar Manch NGO network. who marched in the state of Uttarakhand to celebrate International Women’s Day. Approximately 300 women took part in the celebration, which featured information about the importance of International Women’s Day and speeches by Elected Ward Representatives from local governments. 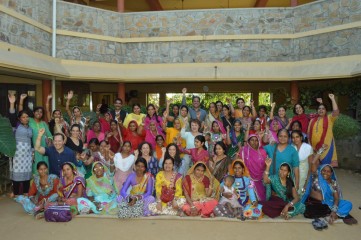 n Jewish World Service. Together they reflected on the progress made towards empowering young adults, particularly adolescent girls. The Hunger Project-India is currently implementing a program focusing on preventing early child marriage with AJWS by using the political agency of the Representatives in states such as Rajasthan, Madhya Pradesh and North Karnataka, where the prevalence of child marriage is high.