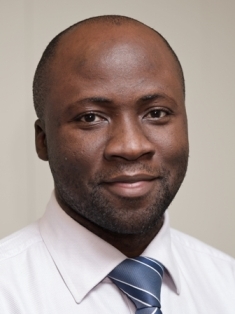 Over the last year you’ve met several of our dedicated Monitoring and Evaluation Officers around the world. We would now like to introduce you to a few of our inspiring Country Directors. The Hunger Project has programs in 12 countries around the world and in each one our work to end hunger and poverty is carried out and sustained by a local staff. Each Country Director works closely with the Global Office, Partner Countries and local staff to ensure that THP programs are effective and tailored to the needs of people in her or his native country.

Rowlands began working with THP-Malawi in 2001 as a Program Officer and took over as Country Director in 2004. He holds degrees in both Agriculture and Agronomy and earned an MBA from Eastern and Southern African Institute of Management in Tanzania. As Country Director, Rowlands has introduced country-wide innovations in rural health care and HIV/AIDS prevention. He also led THP-Malawi to receive its first nationally-driven funding from Oxfam Novib in The Netherlands.

Recently Rowlands has worked closely with our Partner Countries to share the work of THP-Malawi larger audiences. Known to be an inspiring public-speaker, we would like to share with you a few of Rowlands’ recent European presentations in partnership with THP-Sweden.

“Every person can be a leader if the leadership potential in that person is unleashed…” Watch now.

“A hungry person can drive the change process. That is the only way is change is going to be sustainable. If change is externally driven and not owned and driven by the owner himself or herself, that change is short-lived.” Watch now.