Celebrate the GirlForce on Day of the Girl, Oct 11

In this growing, rapidly expanding world, grassroots change is happening fast and its most powerful catalysts are the committed young people who adapt faster and adopt fully. Which is why, on October 11, the world will celebrate the collective power of the 600 million adolescent girls in the world for International Day of the Girl Child.

This year’s theme, With Her: A Skilled GirlForce, draws attention to the need for educated and innovative young people in the workforce and the enormous segment of the youth population — roughly a quarter, most of them female — who are aren’t enrolled in consistent training or education to better prepare themselves for a self-reliant, fulfilling life.

According to the United Nations, of the 1 billion young people that will enter the workforce in the next decade, “more than 90% of those living in developing countries will work in the informal sector, where low or no pay, abuse and exploitation are common.”

The best tool to lift girls out of these cycles of exploitation is access to education. When young girls are empowered with concrete knowledge, when they aren’t forced to marry, when they are able to achieve their full potential, they create a ripple effect that lasts a lifetime. Empowered girls become empowered women in the workforce who fully leverage their income-generation to improve maternal health, reduce child mortality rates and eradicate malnutrition for entire communities. 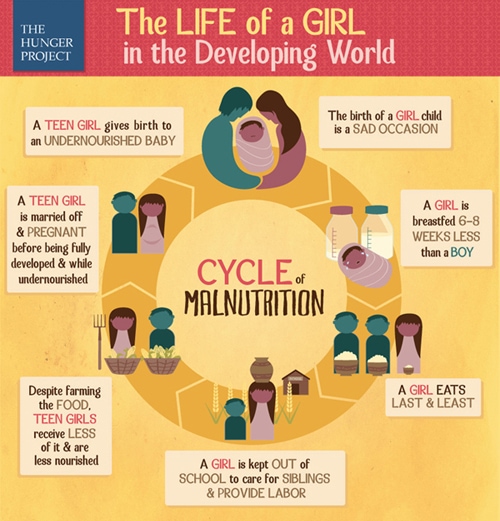