In the Mesqan region in the highlands of Ethiopia, The Hunger Project strongly promotes Moringa, the “miracle” tree. Its leaves are rich with vitamins and minerals that enhance the nutritional value of any daily meal. This tree is especially valuable for pregnant women, new moms and small children.

Tsege Nesk is a 50-year-old Moringa animator in her village. She lives in the village of Dobi Kebele with some of her children and grandchildren. For 25 years, ever since her husband passed away, she has supported herself and her family. She earns money by weaving and selling wicker mats and allowing one of her children to grow vegetables on her land. They sell the produce (peppers, this year) at the market and split the profit in half.

Tsege is an active volunteer in her village. She is a member of the epicentre committee and for the past year, as she says, “I am a Moringa animator too. I have been trained by The Hunger Project, and I know all about the nutritional value of Moringa – about grinding the leaves into a powder and how to use them in our meals.”

In the lowlands of Ethiopia, Moringa is a native plant and part of the daily diet. In the highlands, however, it’s much less common. So The Hunger Project handed out 3,500 Moringa tree seedlings in 2015 at Mesqan Epicentre. Most of these were planted in the common Moringa plantation, but Tsege also obtained ten seedlings. “In six months, I was able to harvest the first leaves. I kept five Moringa trees for my own use and from the others I sold the leaves at the market.”

Before Tsege had the seedlings, she used the leaves from the Moringa farm. During the pregnancy of her 18-year old daughter Mebrate, Tsege gave her tea from Moringa leaves every day. Two months ago, Mebrate delivered her son Abil. Following Ethiopian custom, Abil and his mother remain inside for the first three months of his life.

Tsege reports, “I still make Mebrate Moringa tea, every day. And with her milk, many valuable nutrients are passed on to Abil.”

Mebrate elaborates on prioritizing nutrition for her new-born, “I know it’s best for my son that during the first six months of his life I only breast feed him. That is what I learned during the workshops on the 1,000 Days program [at the epicentre].” These 1,000 days are counted from the first day of the pregnancy until the second birthday of a child. It has been proven that good food during this period is absolutely essential.

I love being a mother. For Abil I hope that he will finish primary school and then become a nurse. That was one of my dreams, but I married when I was 16, so I only finished primary school.”

In March 2016, 15,000 Moringa seeds at the epicentre farm were nursed into seedlings. Three months later, in June, these seedlings were distributed around the region, so that the villagers could plant them just before the rainy season. And in six months time, the Moringa will be ready to add to their daily diets. 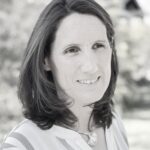 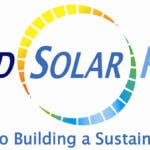 In Benin The Hunger Project has been successfully using Moringa, the ‘miracle tree’ against malnutrition for years. Thanks to the Dutch National Postcode Lottery, The Hunger Project can extend this program to Ethiopia, Malawi and Uganda.

May 7th, 2016 The Hunger Project-the Netherlands and the Dutch National Postcode Lottery invited 1000 young parents for a Mama Moringa dinner in the Kromhout halls in Amsterdam. Because healthy and varied food is important for everybody – especially during the first 1000 days of a human life. www.mamamoringa.nl