Of Cola Nuts and Coca-Cola – THP in Ghana 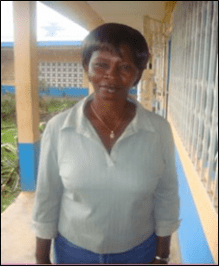 Vida Osei-Boahene is 47 years old, and has been a member of the Credit Union at Nsuta-Aweregya Epicenter for the past five years. Vida, a wife and mother of four children, was cultivating her 2.5 acre farm when she took out her first loan in 2004.

She had been growing crops like maize, cassava, plantain and various vegetables. The loan she received from The Hunger Project (THP)-Ghana’s Microfinance Program, GH¢ 100 ($70), helped her to better prepare and cultivate her farm on time. She made a total of GH¢ 70 ($50) profit from the harvest; this amount gave her the funds to build a storage crib for the maize she harvested.

Vida made an important change in 2005 with her second loan from THP-Ghana. Since farming provides a small and often unpredictable income source, she decided to diversify by beginning a small trade in soft drinks. Initially, after selling just six crates of assorted soft drinks, the profits were encouraging: GH¢ 45 ($32) within the first month. She began to focus more on the soft drink business during the farming off-season. With an additional loan, she was able to further grow her profits. Her husband, impressed by her progress thus far, offered to help her increase her crop cultivation as well, from 2.5 acres to 3.5.

She took out a second, third and fourth loan, totaling GH¢ 700 ($492). Then in a new move, she invested a significant sum from these loans in cola nuts, and resold them during the lean season for a higher price. From the sales of the cola nuts alone, she made profits of GH¢ 350($246) in a single season!

“I am so proud to say that I have GH¢ 300 ($211) in my savings account!” she raves. “I will forever remain thankful to The Hunger Project, including the sponsors and my friends who first led me to them!”

In the long term, she wants to establish a “drinking bar” where assorted alcoholic and non-alcoholic drinks will be available for a teeming crowd of local consumers.

At the moment, all of her children are in junior or senior high schools. She hopes to be able to afford to continue to educate them all, to the highest level possible.