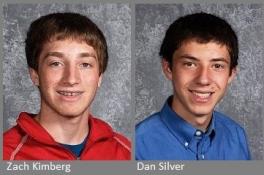 In May of 2012, Zach Kimberg and Dan Silver decided to use skills from their high school’s web design club for a greater good. Both are deeply interested in computer sciences – Dan currenlty studies computer science at the University of Missouri-Columbia – and committed to creating a better world. Zach personally believes that one of the most pressing issues our world faces is a lack of social cooperation: “If we worked together and divided resources well, we would have plenty for everyone.”

As a way to generate community cooperation and incorporate their passion for computer programming, Zach and Dan built the website for Ads4Charity. Ads4Charity is a creative Google Chrome add-on (“extension”) that allows internet users to invest in charities without spending a dime. Similar to The Hunger Site, internet users view a limited number of advertisements and, each time they do, advertisers invest directly in a non-profit. Ads4Charity even goes the extra step of allowing internet users a choice of what non-profit they would like advertisers to invest in. And because Zach and Dan are personally covering any expenses, 100% of proceeds go to non-profits like The Hunger Project!

Founded in a high school in Missouri, Ads4Charity already has users around the United States and around the world in countries like Bulgaria, Brazil, Thailand, Germany, Cyprus, Mexico, Malaysia, Greece and New Zealand investing in causes that they hold dear. And though Dan has since graduated and Zach will soon be doing the same, both are committed to continuing the positive impact of Ads4Charity.

On behalf of the women, men and children in Africa, South Asia and Latin America working each and every day for a better world: THANK YOU!