The Power of One, The Strength of Many: Highlights from our Annual Fall Gala 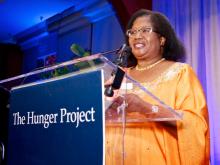 President Banda inspired the 500+ members of the audience – from more than 20 countries around the world with her insight into the promising development of Africa and the leaders – at all levels – who are driving change. “This is a crop of leaders that are fully aware of the challenges that the continent faces, and are dedicated to making a difference; become stewards of the people and champions for development.” 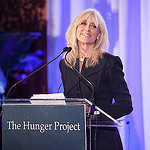 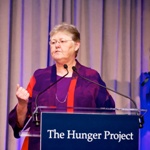 Mary Ellen McNish shared the significant achievements the world has made since The Hunger Project began and shared our commitment to break through to the end of hunger by 2030. She urged guests to continue strong, as individuals and as a united community for change. “And so the end of world hunger — an accomplishment once considered impossible — is now absolutely attainable … It’s not going to happen with business as usual. I can guarantee you that. But it will happen through the use of strategic and integrated solutions. It will become a reality.”

“You invested in us and encouraged us to invest in ourselves, with acknowledgements like the Africa Prize and programs like the Epicenter Strategy and the microfinance program to empower women’s economic participation. For me, it was the Africa Prize Award that enabled me to set up the Joyce Banda Foundation which has grown to reach out to 1.1 million beneficiaries with various interventions in education, food and income security, early childhood development, and youth development. For this I am grateful.” Watch her full remarks. 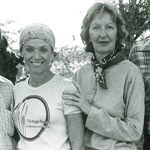 The evening continued on with tributes to two women who have each played an incredible role in elevating the mission of The Hunger Project and bringing women’s empowerment and the eradication of hunger and poverty to the forefront of international discussion. Valerie Harper and Dionne Warwick have, each in their own way, been invaluable to our organization.

The evening’s formal program closed with an invitation to invest in The Hunger Project’s work worldwide by Karen Herman, long-time Hunger Project activist. The event raised well over $1 million for the end of hunger and poverty!

The Hunger Project was honored that this year’s event was supported by the following sponsors: 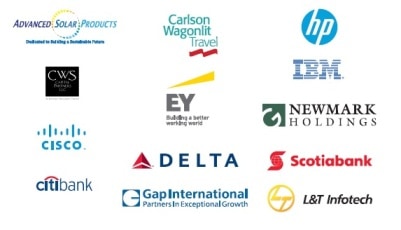 Saturday Presentation: The Post-2015 Agenda for Ending Hunger and Poverty 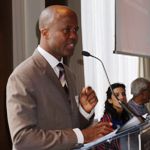 On Saturday morning, more than 200 activists and investors joined us for a special presentation on the post-Millennium Development Goal agenda to take effect in 2015. Introduced by Executive VP John Coonrod, Minh-Thu Pham, Public Policy Director for the UN Foundation’s Better World Campaign, began the event with an overview of the post-2015 conversation and suggested actions that we can each take to be involved.

In an interactive session with Board Members, staff and investors, members of our fundraising teams from around the world shared some of The Hunger Project’s latest innovations in messaging and corporate partnership.