The Importance of Scaling-up HIV/AIDS Awareness 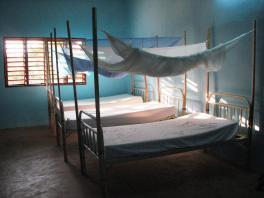 As the recent UN General Assembly High-Level Meeting on AIDS brings renewed attention to the fight against the disease, questions are raised on how to move “towards zero new infections, zero discrimination and zero AIDS-related deaths through universal access to HIV prevention, treatment, care and support.” Medical research is of course at the forefront of the HIV/AIDS campaign and new breakthroughs have been made. One new antiretroviral therapy regime for example, reduces the risk of transmitting the virus to an uninfected sexual partner by 96 percent. An important implication of this Treatment for Prevention program, besides the obvious, is that it “will not only empower people to get tested for HIV, but also to disclose their HIV status, discuss HIV prevention options with their partners and access essential HIV services. It will also significantly contribute to reducing the stigma and discrimination surrounding HIV.”

Currently, it is estimated only half of the 33 million HIV-positive people know their HIV status. For many people, the lack of knowledge regarding HIV prevents them from making an appointment with their doctor. However, it is now possible to chat with HIV specialist via DoctorSpring, a site that allows you to talk with trained doctors and receive a professional online diagnosis. Together with medical treatment as noted above (provided it is made widely accessible), education and training programs will be implemented in tandem to encourage testing and counseling in the first place. With educational sessions in rural communities throughout Africa, South Asia and Latin America, The Hunger Project (THP) raises awareness about HIV/AIDS and empowers people to overcome the unwarranted stigma around it. As a result, people from rural communities are more confident to undergo voluntary counseling and testing (VCT). Recently, THP-Ghana collaborated with the Ghana Health Service to organize VCT in several rural epicenters and those who tested positive were referred to the appropriate health facilities. One of our partners, Esi from Agatanyigbe in the Tokome Epicenter in Ghana, recalls:

“I used to discriminate against people living with HIV and treated them with contempt because of my earlier belief that promiscuity was the only cause of the disease. But I am now a changed person as a result of the education I received from the HIV /AIDS animators, especially Bridget Adzadeh, who helped to broaden my knowledge on the disease and the various modes of transmission. I also became encouraged to take the test to know my status but unfortunately the result was positive. I now know that we are all at risk and have therefore taken it upon myself to educate other people in the community to accept and care about people living with HIV/AIDS since they are part of our society.”

Awareness is the first and arguably most crucial step towards halting the spread of HIV/AIDS. What other methods are crucial and currently being utilized to scale-up testing in high-risk communities?