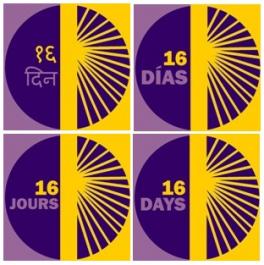 On November 25 each year, the United Nations and people around the world recognize the International Day for the Elimination of Violence Against Women to draw attention to the ongoing, systematic physical and mental abuse inflicted on millions of women. But just as this suffering lasts for more than a single day, so must the efforts to raise awareness about it – and so we join together for 16 Days of Activism Against Gender Based Violence. Running from November 25, International Day for the Elimination of Violence Against Women, through December 10, International Human Rights Day, the campaign makes the critical link that violence against women is a violation of human rights.

The very first 16 Days Campaign was launched in 1991 by 23 experts in various fields from around the world and has since grown into a global movement that mobilizes millions. At the launch of last year’s 16 Days Campaign, UN Secretary General, Ban Ki-Moon urged activists to spread the message that, “The right of women and girls to live free of violence is inalienable and fundamental. It is enshrined in international human rights and humanitarian law.”

Women and girls in villages worldwide continue to experience gender-based violence every day in the form of discrimination, dowry murder, acid attacks, honor killings, sexual harassment and abduction. According to UN Say No – UniTE, up to 70 percent of women are subject to this treatment in their lifetime. Unfortunately, so much of the abuse happens behind closed doors and at the hands of husbands or close relations that it is often difficult to address in public. For this reason, 16 Days Campaigns manifest around the world in loud and public forms like art installations, rallies, videos and high-level meetings with the hope that anyone with knowledge of abuse – women, men, children – will have the courage to stand up and speak out against it.

From November 25 through December 10, lend your voice to the outcry. Make it known that you are aware of victims of abuse and that you stand with them – we all do.

What can you do? 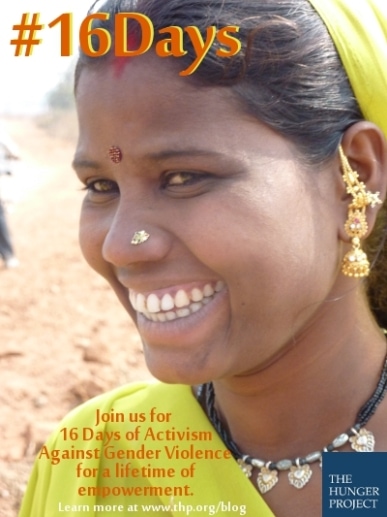