Over Two Decades of Activism to End Global Hunger 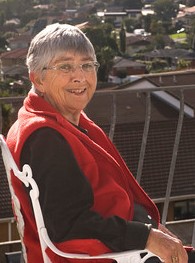 For over two decades, veteran activist and Aucklander, Shirley Hardwick, has been working to end global hunger. If you were in intermediate school in the eighties in New Zealand, there is a good chance that, during geography class, you saw an educational video on chronic persistent hunger which Shirley had sent to the teacher.

“The beginnings of The Hunger Project were framed by an international conversation about hunger. It was started in the United States, and we were participating in New Zealand too, and it was about the possibility that chronic, persistent hunger could be ended,” tells Shirley.

In the nineties, The Hunger Project began implementing programmes to end hunger, and in New Zealand for several years Shirley led the education and fundraising thrust as Country Director. In 1999 she visited the opening of the Wawata Epicentre in Benin, and was struck by how women were so central to the work being done.

“In Africa women are the food growers. Men also grow food, but they grow food to sell, whereas women grow food to eat. Mostly it’s the women who need the investment, but it is very, very hard for them to get it.”

Shirley gives financially to The Hunger Project. “I continue to be involved, because of the partnership. Whilst the money helps, it is more about the partnership between us here in New Zealand and others around the world. As Kiwis we are ‘count-onable’ and can make a real difference.”

“I think The Hunger Project is lean, mean and strategic as an international development organisation. I think it works better than most. I like that when I give, my money goes to a whole village – not an individual child – and they get to decide how best to use it. It’s a global partnership to end hunger in the very best possible way.”