Remembering the life and impact of Javier Pérez de Cuéllar, long-time Honorary Board Member for The Hunger Project.

We are saddened to share the loss of a valued member of The Hunger Project community with the passing of long-time Honorary Board Member, Javier Pérez de Cuéllar, at the age of 100. Mr. Pérez de Cuéllar, from Lima, Peru, served as the fifth Secretary-General of the United Nations for two terms (1982-1991) and as a Hunger Project Board Member, active and honorary, from 1996 until his passing on March 4, 2020.

“The Hunger Project, and I personally, were deeply honored by the many contributions of Mr. Javier Pérez de Cuéllar. He generously brought his wisdom, global voice and prestige to our organization – as a friend, advisor, board member and Africa Prize jury chair – for more than 15 years. We join the entire world community in celebrating the extraordinary career of this great diplomat.”  – John Coonrod, Hunger Project Executive Vice President

Mr. Pérez de Cuéllar’s tenure was one of diligent cooperation and multilateralism among UN Member States, regardless of size. As credited in one New York Times editorial, he “helped transform the [UN] General Assembly into something resembling a global parliament.” Mr. Pérez de Cuéllar had such a pronounced impact on the world that, when he stepped down from the role of Secretary-General in 1991, he was bestowed an honorary knighthood by Queen Elizabeth II, awarded France’s Legion of Honor, and given America’s highest civilian honor, the Presidential Medal of Freedom, by President George H.W. Bush.

We proudly count this dedicated changemaker among our Hunger Project family. Even before joining as a Board Member, Mr. Pérez de Cuéllar devoted time to The Hunger Project, notably participating actively in every NY-based Africa Prize for Leadership. Once he joined the Board formally in 1996, his fierce commitment to the power of collaboration played a significant role in several aspects of our work, not the least of which was evident in our Latin American programs. In 1997, Mr. Pérez de Cuéllar brought attention to the neglect of Latin America as a region by many aid organizations. It was with his voice leading the charge that we extended our movement into Peru and Bolivia by way of strategic partnerships with locally operating NGOs.

Mr. Pérez de Cuéllar held dozens of high-level diplomatic positions throughout his life, held numerous degrees from prestigious institutions, and committed himself to passing on his knowledge through professorship. He was the truest definition of a global citizen.

We thank Mr. Pérez de Cuéllar for his contributions to the global community and he will forever be deeply valued by all of us here at The Hunger Project as we continue to embody his steadfast commitment to collaboration.

Scroll through the photos below of Javier Pérez de Cuéllar’s time with The Hunger Project. 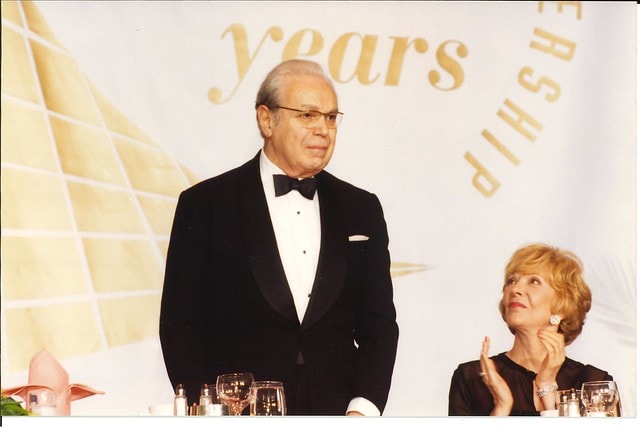