More Than a Sandwich, It’s a Movement 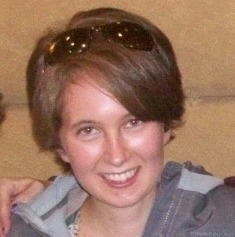 Post submitted by Jamie Gilroy, a student activist with The Hunger Project’s partner organization, FeelGood. As described on FeelGood’s website, “Jamie Gilroy graduated from the University of Vermont in May 2012 where she served as an inspiring leader at the FeelGood UVM chapter. She is now living in Philadelphia, applying for admission to medical school and still an active member of the FeelGood movement via our alumni organization, FeelGood4Life.”

College students are often described as idealistic. Unfortunately, this description can carry a negative connotation: to be idealistic is to be unrealistic. I’m no linguist, but must idealism and realism be mutually exclusive terms?

Here’s the problem. Dreaming is easy. Climbing down from your extra-long, extra-narrow lofted bed and taking action? Significantly more challenging.

Back in 2004, Kristen Walter and Talis Apud shared an ideal: a world free from hunger. They took action and FeelGood was born. Since then, FeelGood has invested $1.4 million in the end of hunger.

At first glance, FeelGood is a grilled cheese stand that serves up wicked tasty not-just-grilled cheese sandwiches to raise money for The Hunger Project or Choice Humanitarian, FeelGood’s other partner organization. However, it doesn’t take much digging to see that FeelGood is much more than a gourmet deli.

Like The Hunger Project, FeelGood operates on an empowerment model. Through our partnership with THP, we empower women and men around the world to end their own hunger. By serving our classmates sandwiches, we start conversations and inspire them to further consider issues of global injustice. As student leaders of the FeelGood movement, we empower ourselves to (carefully) climb down from our lofted beds and take action in ways we never thought ourselves capable.

Had you told me prior to high school graduation that in two years I would be arranging for a weekly donation of a forty pound block of aged cheddar, seventeen year old me would have answered with an eye roll and perhaps a sarcastic remark if I was feeling chatty. As it turned out, I spent nearly every Wednesday of my junior year struggling to balance said forty pounds of cheese on my knee while I opened my trunk. FeelGood provided me with both the confidence and motivation to complete such tasks at my University of Vermont chapter and beyond. Throughout my four years at UVM, my fellow changemakers and I contributed over $100,000 dollars to The Hunger Project. I can’t help but feel overwhelmingly proud typing out that statistic!

You too can join the movement.

You too can be a changemaker working in a very real way to achieve your ideals. 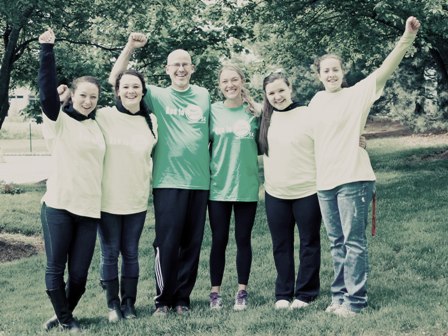