A Journey to Challenge Child Marriage in India 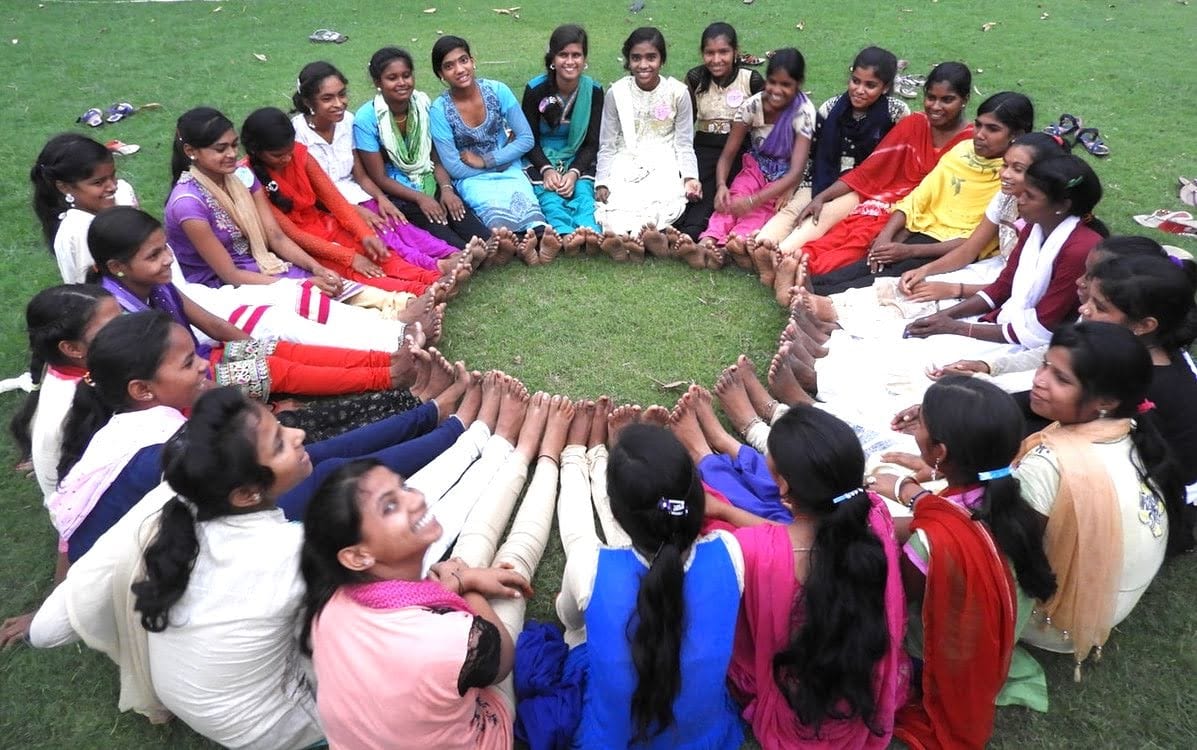 A rhythmic clap grows louder as the girls step into the room. They have traveled 1,500 kilometers (930 miles) across India to reach this destination – Selwada, a village a couple of hours outside the city of Udaipur. As they enter the meeting venue, they are greeted by rows of smiling peers, applauding to welcome them. This is a session for the girls to share experiences on the issues that confront them – one being child marriage.

Since 2015, The Hunger Project-India has worked to build support structures for young girls across the country to address the issue of early child marriage. According to UNICEF, almost half of all girls in India are married before the age of 18, despite the practice being outlawed. Two of the most affected states are Bihar in the east and Rajasthan in the west.

THP India’s vision was for girls from the two states to meet and exchange knowledge and experiences. In partnership with Sweden’s Flickaplattformern (The Girl Child Platform), the idea was finally realized this summer. On July 12, 25 adolescent girls (aged 14–19) from Bihar boarded a train to take them across India.

Fatma, 17, squares her shoulders a little as she stands up in front of the group. It is a humid day in Selwada, and the ceiling fans are spinning frantically, but apart from that, it’s silent – the girls give each other their full attention. As a regular attendee of the meetings at home, Fatma has grown comfortable with speaking in front of others.

This is not the first time she tells her story, one of a wedding ceremony she cannot even remember – that is how young she was when she was married. Yet, her voice still breaks a little, as she describes the struggle of refusing to leave her home to move in with a man she had never met.

At as early as 10 or 12 years old, girls can be expected to leave their homes for their in-laws’. A sense of alienation is shared by the girls of Bihar and Rajasthan. Many of them testify to a feeling of not belonging, of being outsiders both in their families and in their new homes.

Once the session is over, however, high spirits prevail. When the girls pour out of the venue, it is arm-in-arm with newfound friends. The comfort and strength of not being alone cannot be underestimated. By listening to one another, they can recognize the larger forces at play – as well as the means and tools to withstand them.

In so many ways, their traveling is a learning process. Veda Bharadwaja, program officer for THP-India, explains the importance of letting the girls internalize their journey in their own way: “They are the leaders of tomorrow. But they are active citizens today. You can’t look at girls as a group that needs to be rescued, you have to empower them to take their own stand. And they already have, many before they even came here,” she says.

These girls have broken the isolation of the walls of their households and expanded their horizons. Just as they were brave enough to board a train to change the tracks of their lives, we, as a global community, have to keep stretching out of our own confined bubbles. Creating common platforms to discuss girls’ rights allows us to address patriarchy as the global structure that it is. We can learn tremendously by recognizing the courage and perseverance of young girls across the world. For it is in the homes of these girls that development happens. Every day, as they negotiate for their freedom, they are pushing the agenda for their own human rights.

We have the power to support girls that are working towards the end of child marriage. We can amplify their voices by recognizing that girls are experts on girls. And we should listen to them.

There is so much more to explore from this ongoing program!

Explore the life changing journey from Bihar to Rajasthan under the hashtag #girlschangetracks and spread the message. Article originally appeared on GirlsGlobe.