John Coonrod Named U.S. Public Delegate to the 56th Session of the UN Commission on the Status of Women 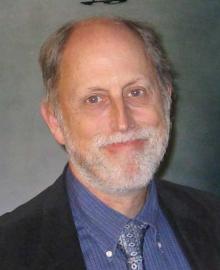 On February 23, the U.S. Department of State announced the U.S. Delegation to attend the 56th Session of the UN Commission on the Status of Women, to be held from February 27 through March 9, 2012 at UN Headquarters in New York. The theme of this year’s session is the empowerment of rural women and their role in poverty and hunger eradication, development and current challenges.

We are delighted to share that THP Executive Vice President, John Coonrod, has been appointed as one of seven Public Delegates to accompany Co-Heads of Delegation: Ambassador Susan Rice, U.S. Permanent Representative to the United Nations, and Ambassador Melanne Verveer, Ambassador-at-Large for Global Women’s Issues and Representative of the United States to the UN Commission on the Status of Women, U.S. Department of State.

Dr. Coonrod notes, “It was Sharmi-bai, an elected woman leader from Southern Rajasthan who traveled from her village on Diwali to brief President Obama on the work of The Hunger Project to overcome poverty, hunger and severe gender discrimination (read the story).

Now I will work to carry the torch Sharmi-Bai has passed to me and leverage all of our work globally over the next two weeks.” Seven months after President Obama’s visit, Ambassador Verveer traveled to Jaipur to meet with THP-trained elected women leaders.

Across the world, THP staff and partners are working to ensure that the issues we care about are part of the public policy debate. We are honored with this recognition of our work to empower women worldwide, and with the opportunities before us to raise awareness about our sustainable, grassroots, women-centered strategies.