How Will You Celebrate International Women’s Day 2012? 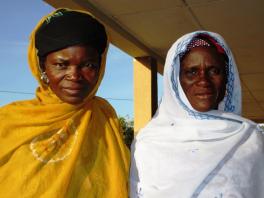 The inaugural International Women’s Day (IWD) was honored in 1911 in Austria, Denmark, Germany and Switzerland by a group of women in pursuit of equal employment opportunities. Since then, the international community has raised its collective voice every year, on March 8th, to celebrate women around the world.

This year, the theme of IWD is especially close to our hearts here at The Hunger Project (THP): Empower Rural Women – End Hunger and Poverty.

Empowering rural women is at the very core of our work. Through all of our programs, we aim to support women, build their capacity and ensure their voices are heard and influence felt, in their own families, communities and more widely. As emphasized by Save the Children CEO, Carolyn Miles, at last week’s 1000 Days event that THP co-hosted as a parallel event to the Commission on the Status of Women at the UN: when a woman is empowered with the opportunity to generate income and save, an average of 80 percent of her earnings are reinvested in the health and education of children and family. Collectively, these empowered women are changing regional, and even national, communities around the world.

Despite this proven advantage to empowering women, they continue to account for over 60 percent of the world’s hungry – even while comprising 70 percent of the agricultural labor.

That is why we are thrilled that the undeniable need to empower rural women is in the spotlight this International Women’s Day, and that issues of gender equality are now being championed by governments, international agencies and civil society throughout the world. As Hillary Clinton says, “it’s not only the right thing to do. It’s clearly the smart thing as well.”

THP and IWD Around the World

These are just two of the many THP IWD events taking place around the world. Check back next week for pictures and stories from other events!

And in the meantime, let us know how YOU plan on celebrating International Women’s Day in the comments.

What You Can Do This IWD

IWD and the United Nations