When discussing an imagined future for a baby boy in their communities, women from the Sierra Mazateca of Oaxaca all agreed that he would probably not learn how to make tortillas.

In early June, The Hunger Project-Mexico program staff visited community partners in the municipio of San José Tenango, Oaxaca to engage in discussions on gender and empowerment, including what it means to be a woman from the Sierra Mazateca, a predominantly indigenous, mountainous region of Southeastern Mexico.

To start the dialogue, the intergenerational groups of women ranging in age from 15 to 80 from the communities of Génova Nuevo Progreso, Piedra de la Luz, Cerro Alto, and Rancho Pineda, were shown two photos of babies, one in a blue cap and one in pink. They were divided into groups and asked to imagine what the future of each baby would be.

A group of women in Cerro Alto giggle as they discuss the future for their baby in blue. 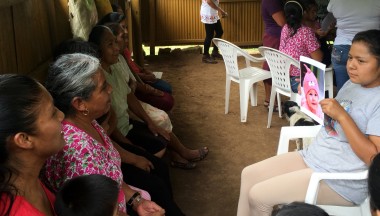 Women in Rancho Pineda collaborate on their imagined future for their baby in pink. 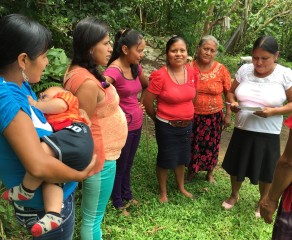 Women in Génova Nuevo Progreso take turns sharing their opinions on the future of the baby.

Participants shared their group discussions, and it was clear that each group had assumed the baby’s gender based on the traditionally gender-specific color clothing she/he was wearing, despite not being told a gender. When told that their image of a baby was actually the opposite gender of what was assumed, the women were then encouraged to reimagine the baby’s future, now knowing the gender of the baby.

The women were confident the baby’s life would be the same, regardless of gender: attending school, playing sports, going to college, and finding a job. However, what emerged as a consistent theme in every dialogue in each community was that the baby boy would not grow up and learn how to make tortillas, a staple of Mexican meals.

These dialogues were the first step in forming ‘social researchers’ among female Catalysts in the Mazateca communities of Oaxaca. Catalysts are trained volunteers who are committed to mobilizing their communities toward  a shared vision for the future. This includes communities that promote gender equality, and work toward families that share household labor, such as cleaning and tortilla-making, to enable women to spend their time engaged in other productive activities.

Meanwhile, The Hunger Project-Mexico’s Director of Programs Roberto García hosted dialogues with the men in the communities. They discussed their worries over climate change, the smaller harvests they’ve been having, and their hopes for the future. 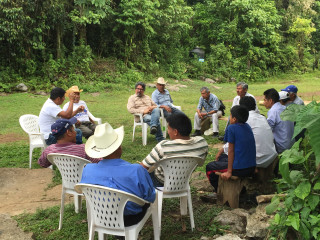 For many women, this was the first opportunity to discuss topics such as gender, womanhood, and their futures among a group of neighbors and fellow women. Mothers and daughters, sisters, and strangers attended the dialogues. They emerged with new relationships in their community, energized and excited to meet again. 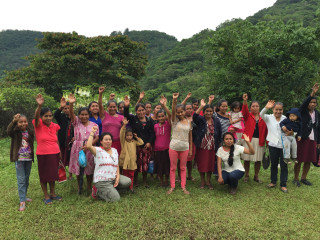 The Hunger Project-Mexico works in four states throughout Mexico mobilizing communities toward vision-based development. Through dialogues and capacity-building workshops, community partners are transformed into leaders for change right where they live.

Our programs in Mexico