Expert Opinions: How Would You Fix the Broken Food System? 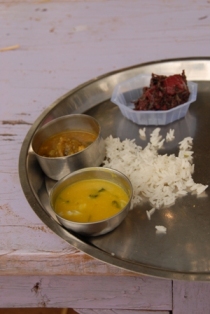 It’s no secret that the food system is failing. Between 2006 and 2008, international food prices doubled. The poorest people in the world are already spending up to 80 percent of their income on food, and increases in oil, fertilizer and transportation costs are making matters worse. These hurdles coupled with inefficient government policies, such as grain-based biofuel programs and export bans, result in the fragile and volatile food system that, according to Oxfam Chief Executive Barbara Stocking, is “pretty well bust.”

So what next? In addition to improving today’s system, experts are turning their attention to the food system of the future. By 2050, the global population is expected to reach nine billion and the demand for food will increase by 70 percent. UN news service IRIN asks three experts how they would fix the food system.

Christopher Barrett, professor of development economics at Cornell University in the USA:

Our take-aways from these experts:

Read the entirety of the IRNI article here.