Gender equality is critical to causing society-wide change. And though women bear the major responsibility for meeting basic needs, in much of the world, they are systematically denied the resources, freedom of action and voice in decision-making to fulfill that responsibility.

In early 2019, The Hunger Project-India organized the Bihar State Level Convention to address wide-spread gender inequities. Elected women representatives (EWRs) and girls from around Bihar presented detailed manifestoes demanding that government authorities pay attention to their needs and concerns in the Panchayats and protect their rights as equal citizens in a democracy.

To the Panchyati Raj Minister for the state, members of other political parties and the media, the EWRs and girls emphasized the importance of women’s political empowerment, successes and challenges as Panchayat ward members and Presidents, the importance of reservations for elected women leaders in local governance and demanded accountability and transparency from officials.

They articulated strong aspirations to have an education that would allow them to access equal opportunities, a chance to have a better future. It has been over three years since the adolescent girls’ program started in Bihar and those participating have demonstrated exceptional courage and determination to navigate complex social codes, patriarchal structures and negotiate for themselves re-enrollment in schools, delay in forced child marriage, and raising a voice against gender-based discrimination and sexual harassment at home and in public spaces. 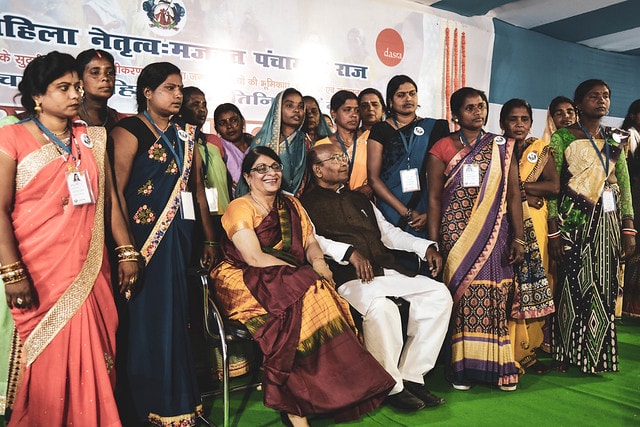