Activist from Bangladesh Shares Her Story in Korea 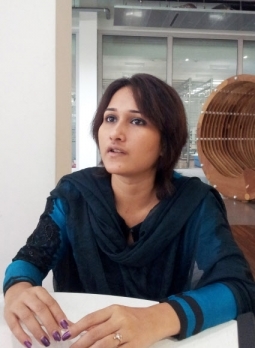 Eve teasing, drastically different from flirtation, is public sexual harassment and has become one of the most highlighted issues in Bangladesh in recent years. Assaults, abductions, acid burnings and public shame have often led to the death or suicide of attacked women. Parents, who are concerned about their daughter’s honor or safety, sometimes keep them home from school and/or marry them off at an early age.

Ame shared a story with the EGEP members highlighting the risks girls often face and the fears parents share with their daughters: When she was 10 years old, Ame was hugged by a boy at school. She was taken by surprise and slapped the boy’s cheek before running home to her father. But rather than calm her, Ame’s father warned her that she must be careful. Girls who rebuff boys run the risk of having hydrochloric acid thrown in their face – an all-too-often outcome of eve teasing.

Ame emphasized the importance of educating women to about the risks of sexual harassment and encouraging women to empower one another to stand up to injustice.

It is the passion, commitment and empowerment of women like Ame, sharing their stories with peers around the world, which make the work of The Hunger Project possible and lead to long-lasting change.