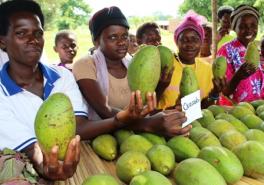 How many hungry people are there in the world and is the number going down? What effect does hunger have on children and what can we do to help them? Here are 10 facts that go some way to explaining why hunger is the single biggest solvable problem facing the world today.

The Hunger Project’s mission specifically focuses on leading sustainable lives of self-reliance to end global hunger. Three major movements our organization has implemented to contribute to the fight against hunger are: