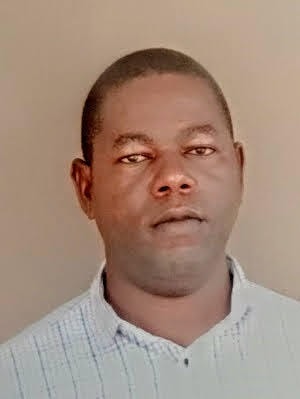 Samuel Mutambo was born on January 6, 1978, in Isoka District in Northern Province-Zambia. He has a certificate in general agriculture from Chipembi College of Agriculture.  He has also pursed a bachelor’s degree in Development Studies from the Zambia Open University.

He has experience working with various international and local organizations, including community-based organizations in Zambia. Samuel has worked with an NGO called People’s Action Forum where he worked as a Credit Officer on an ILO funded project and a trainer in entrepreneurship and business development. He later joined an NGO called Agriculture Support Programme (ASP) as a Field Facilitator. This organization was promoting farming as a business and ensuring each beneficiary household has a vision to attain in a period. He later in 2008 joined Women for Change, a gender focused Civil Society organization where he saved as an Animator up to 2012 when the project came to an end. He later moved to MCDA/Child Fund an NGO where He worked as a Project Coordinator for Realigning Agriculture to Improve Nutrition (RAIN) as an implementing partner with support from Concern Worldwide. The project was a 2-year research on malnutrition and stunting in particular.  In 2014, he moved to Zambia Red Cross within the year as Disaster Management Officer at National Level (HQ) till 2018.

Samuel is married with 5 children. He’s a Christian by religion and he believe that to achieve greatness, humanity has to work together in unity.