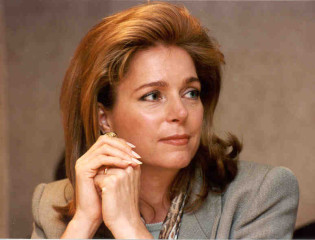 Her Majesty Queen Noor of Jordan is an international humanitarian activist and an outspoken voice on issues of world peace and justice. She was born Lisa Najeeb Halaby, to an Arab-American family distinguished for its public service. After receiving a B.A. in Architecture and Urban Planning from Princeton University in 1974, Queen Noor worked on international urban planning and design projects in Australia, Iran, the United States, and Jordan.

Since her marriage in 1978 to King Hussein, Queen Noor has founded and sponsored numerous activities to address national changes in education, health, sustainable development, women’s empowerment, human rights and cross cultural understanding. She is also actively involved with international and UN organizations that address global challenges in these fields.

Queen Noor has played a major role in promoting international exchange and understanding in the areas of Middle Eastern peace and development, Arab-Western relations, conflict prevention and recovery issues such as refugees, missing persons, poverty and disarmament.

In recognition of her efforts to advance development, democracy, and peace, Queen Noor has been awarded numerous awards and honorary doctorates in international relations, law and humane letters.

She has published two books, Hussein of Jordan in 2000 (KHF Publishing) and Leap of Faith: Memoirs of an Unexpected Life (Miramax Books) in 2003, a New York Times best seller published in 15 languages.