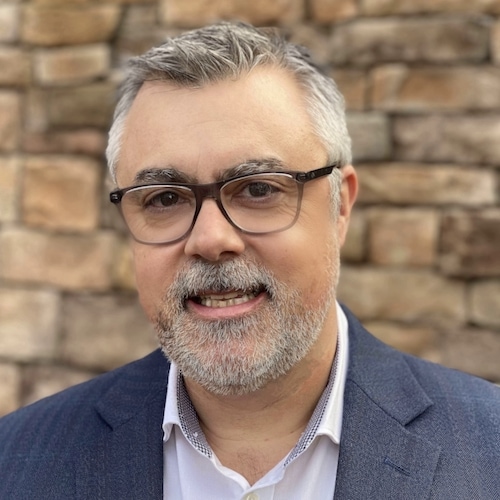 Tim Prewitt is an international executive, CEO and board member with more than 20 years of experience leading global teams to deliver impact at scale, through agricultural development, social enterprises, gender empowerment, impact investment, community-led development, and policy reform. He joined The Hunger Project as President and CEO on February 1, 2021.

From 2012 to 2019 Tim served as CEO of International Development Enterprises (iDE). With the belief that individuals and communities can lift themselves out of poverty, iDE provides market-based solutions for millions of people living in extreme poverty, in areas of gender, climate, nutrition, agriculture, water, sanitation and finance. iDE’s social enterprises have measurably impacted more than 35 million people with agricultural technologies such as water filters, latrines, and drip irrigation kits, as well as through community-development and gender-based approaches to nutrition, livelihoods, WASH and health. Recognition for the iDE includes Unilever’s Responsible Business Award (2019), Concordia’s Public-Private Partnership Impact Award (2018), Top 50 Global NGOs (2017-2020), and awards from Philanthropedia, IEEE, Ashden and the Government of Ethiopia.

As CEO, Tim developed and led iDE’s strategy to reach 20 million people. Under his leadership, iDE redesigned institutional learning systems, expanded global staff, and increased diversity of iDE’s board and staff. As a leader, he launched new initiatives in gender equity and finance and localized global leadership positions. iDE achieved levels of impact never seen previously in the organization, including more than $13 of impact for every dollar invested by donors. After he transitioned leadership to iDE’s former COO Lizz Ellis, Tim continued to serve as Senior Advisor and as a consultant on global development financing, digital agricultural solutions and agricultural development until he accepted the position of CEO at The Hunger Project. He continues to serve as a board member to Pyxera Global, iDE UK and Keshif.

Prior to joining iDE, Tim worked in Nigeria with farmers, agriculture, the private sector and the Nigerian government to increase farmer income and farm yields, leading to a UN World Business Development Award. During his time in Nigeria, Tim also worked with communities living in extreme poverty in Northern Nigeria, using a community-led approach which combined entrepreneurship, savings groups and nutrition strategies. Tim also served as Regional Director for Asia and as head of the Private Sector Practice for the world’s largest development consultancy, Chemonics International, holding leadership positions in the headquarters and program offices in Asia and Africa.

Tim has lived and worked in China, Romania, Nigeria, Kosovo, the UK and Afghanistan, and has experience in more than 30 countries, including in Hunger Project Program Countries such as India, Bangladesh, Malawi, Zambia, Ethiopia, Mozambique, Ghana, Burkina Faso and Uganda. He is a highly regarded speaker on agriculture, poverty and economic development, and has spoken at the World Economic Forum, Clinton Global Initiative, and World Food Prize. He is also the author of the forthcoming book, Table for Ten Billion, which chronicles the efforts of farmers, policy makers, companies and communities around the world to feed our planet.

Tim is a Fulbright Fellow and holds an MBA from China-Europe International Business School (CN), and Master’s and Bachelor’s degrees in Sociology from the New School (USA) and Lancaster University (UK).