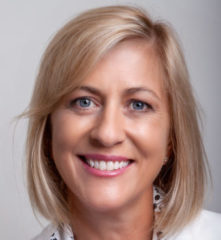 Melanie was the CEO of the Asylum Seekers Centre for four years (until December 2015) where she successfully established a sound financial platform through a combination of fundraising, media positioning, and lobbying. The number of supporters of the Centre nearly tripled to 6,500 through diversified funding sources. She and her team also increased the number of clients served by 500% and introduced a range of new services including employment placement, microfinance, English for the workplace, computer training, pre-school classes and various legal and medical support initiatives.

Prior to her leadership role at the Asylum Seekers Centre, Melanie had a 15 year career with Deutsche Bank in Australia and London and spent 5 years as a Solicitor with Allens Arthur Robinson. She has had a long held passionate belief in social justice, equity and the health and well-being of all people and has used her professional skills providing pro bono work for a range of not-for-profit organisations throughout her career.